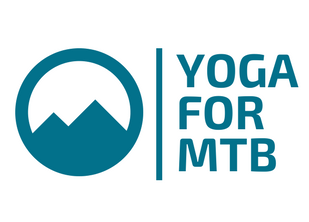 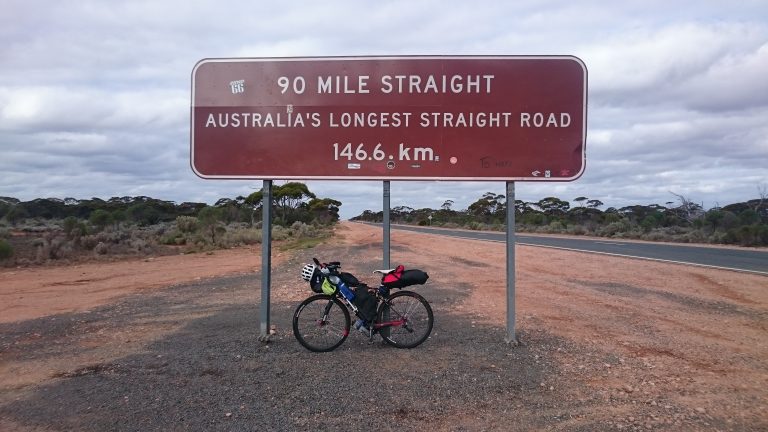 FacebookTwitterRedditPinterestEmail
Last year I did the Indian Pacific Wheel Race across Australia, which saw me spending many hours in the saddle.

My longest day was 26+ hours and 472 km. I regularly took breaks to do Abi’s yoga routines, particularly at the end of the day. It was easy to put them on with my phone and it forced me to stretch before crashing.

Training for, and racing, ultra-endurance races places huge strains on your body and many of us use yoga to keep ourselves going. I’ve been a huge fan of Abi’s routines for a long time, especially the “Yoga 15” series which for me strikes the perfect balance: short enough to be something I have no excuse not to do; long enough to make a difference.

During my training season I rotate through the “Yoga 15” videos on a daily basis after each workout. I’ll do the longer ones on rest days or when I’m feeling particularly in need. But where they are really useful is during the races themselves. After spending 15-24+ hours riding, having them to run through when you finally stop makes such a difference. In 2017, I did the Indian Pacific Wheel Race across Australia and in that race my “Yoga 15” opportunities were often taken on the side of the road when I would stop for a break. There is no traffic in the outback—particularly late in the day and doing Downward Dog with the pavement edge line between my legs was funny. Coping with Pigeon pose on a rough chip seal pavement took some getting used to!

Thanks Abi for helping keep my body together with your routines! 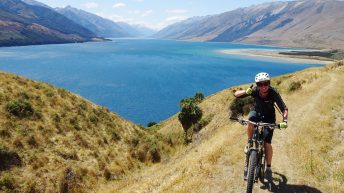 I’ve been mountain biking for around 5 years and did a fair bit of running and road biking before that. 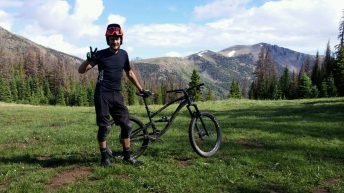 I see a yoga practice as a core tool to help me recover, increase flexibility and balance, and maintain my body for the years ahead.

I played around with a few yoga DVDs over the years. Static pose, 30-minute routines—nothing MTB-focused, just general movement stuff.